Karachi: Sindh has become the first province in the country to set the minimum age of marriage at 18 years.

The proposed law binds all parents/guardians that all children under their guardianship must be at least 18 years old before they are married. Violations would make the parents/guardians, or the would-be bridegroom of over 18 if only the bride is under 18, liable for rigorous imprisonment and fines.

The bill’s clause three proposes rigorous imprisonment for any adult male marrying a child. The punishment may extend up to three years but not less than two years and a fine.

Clause four states a similar punishment for anyone who performs, conducts, directs, brings about or in any way facilities any child marriages, unless he proves he had evidence to believe the marriage did not involve minors.

Section one of clause five contains similar punishments for a parent or guardian or any other person in any capacity, lawful or unlawful, does any act to promote child marriages or permits it to be solemnised, or fails to prevent it.

According to clause six, no court other than the court of a first-class judicial magistrate would take notice of or try any offence under this act.

A minimum fine of Rs45,000 would be slapped on people guilty of violating the proposed law.

The Child Marriages Restraint Act of 1929 allowed the minimum age for marriage to be 18 years for males and 16 years for females. Violators were liable to be punished with a fine of Rs1,000 and an imprisonment of one month or both. The act was one of those few laws introduced by the Quaid-e-Azam Mohammad Ali Jinnah when he was a member of the British India Legislative Assembly. It was passed on October 1, 1929, and applied to the whole of India effective April 1, 1930.

Qaimkhani also presented the report of a nine-member committee of lawmakers which reviewed the two similar bills introduced over the prohibition of child marriages last year.

One of the bills was presented by the government while the other was a private bill introduced by Pakistan People’s Party (PPP) lawmaker Sharmila Farooqi.

Farooqi said under the new child marriages law, for the guilty people such offences would be non-bailable and non-compoundable (in which the complainant cannot make a compromise for dropping the charges).

The state, generally, would have the responsibility to prevent crimes related to child marriages while any common citizen having a complaint could directly approach a first-class magistrate.

PPP’s legislator Nadir Magsi said it was necessary to publicise the law through the media and strictly implement its provisions given that around 80 percent child marriage cases were not even reported.

Child marriages are still common social phenomena in rural areas of Sindh and Balochistan, and cases are witnessed on a frequent basis.

In some socially backward areas, the average marriage age especially in females is between 12 and 15. Stern punishments in just two to three instances will prove to be deterrence against the recurrence of child marriages, Magsi believed.

Sindh Information Minister Sharjeel Memon announced that all advertisements released by the Sindh government in the next three months would include the provisions and punishments related to the new law.

The education minister believed that after the implementation of the new law, nobody would dare to well girls in their pre-adult age that too without gaining their consent or permission.

The opposition lawmakers of Pakistan Muslim League-Nawaz, PML-Functional and Pakistan Tehreek-e-Insaf staged a walkout as an adjournment motion submitted by PML-F’s Nusrat Sehar Abbasi was ruled “out of order”.

The motion was regarding the use of unfair means at various examination centres in the province.

He claimed the power supply was curtailed at the behest of the State Water and Power Minister Abid Sher Ali.

He attributed the acute shortage of water in Karachi to the depletion of water stored in Hub Dam – one of the major sources of water for Karachi. Residents in a number of areas are also facing shortage as the Dhabeji pumping station of the Karachi Water and Sewerage Board has been subjected to power cuts without any valid cause.

Previous: ‘Sick’ woman savages only son
Next: Rape of minors a rising trend 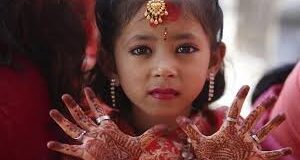 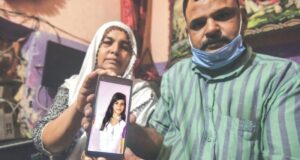 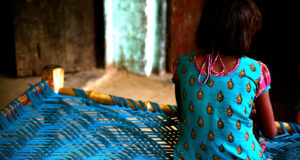