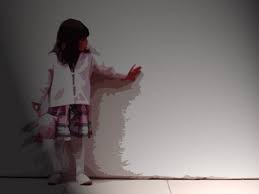 Posted by: admin in Gender Based Violence 12 days ago 0 20 Views

HYDERABAD: The Sindh High Court chief justice has taken notice of rape and murder case of an eight-year-old girl in Khairpur and directed DIG police of Sukkur range and SSP of Khairpur to appear in person before the court on Jan 15.

Police have, however, remained clueless about the case although around 10 suspects have been detained and interrogated but investigators have failed to find out solid evidence of their involvement in the crime.

DNA samples of the suspects and the victim were sent to Forensic & Molecular Biology Laboratory for DNA Testing at Liaquat University of Medical and Health Sciences on Tuesday night and the testing process had begun.

According to Khairpur SSP, the suspects were being questioned. Six suspects were detained on Tuesday and four were picked up on Wednesday, he said.

DIG Fida Mastoi confirmed the high court had taken notice and said police would brief the court about the progress made so far in the investigation. “We are excluding different factors in investigation and will soon resolve the case. We are collecting information in order to arrest real culprits as soon as possible,” he said.

He said in the FIR that his daughter had left home on Jan 9 to work as a domestic helper at a house in Hadal Shah village but did not return even after two days.

On the third day of her absence on Jan 11, he inquired from the house owner about her whereabouts and he was shocked to hear him say that she had not come to their house for the last three days.

He then gathered his relatives and started searching for her along the route she used to take to the house and found her body lying in a banana orchard in the village. She was subjected to rape and violence as signs of strangulation were visible round her neck, he said.

He alleged that at least three persons had subjected her to rape and then strangulated her in the orchard.

The DIG said that the house where the girl worked as maidservant was around a kilometer away from her own house. The girl often used to stay at her employers’ house and her parents knew that. They, therefore, did not take notice of her absence for the entire day, he said.

He said that when she did not return the father and other relatives mounted search for her in the area within a kilometre’s radius. “They found one pair of her shoes and saw lying at a little distance her utensils that she used to carry to bring back food for the family. “They found her body lying in nearby banana orchard,” said DIG.