Sharmeen does it again

HOLLYWOOD: A documentary about a Pakistani girl shot in the face by her family won an Oscar on Sunday, after helping persuade the government to commit it would fight “honour killings” in the country.

‘A Girl in the River: The Price of Forgiveness’ won the Academy Award in the category of Best Documentary (Short Subject) at the star-studded ceremony in Hollywood.

The Oscar win was the second for director Sharmeen Obaid-Chinoy, who recently called on Prime Minister Nawaz Sharif amid the growing global spotlight on the film.

“This is what happens when determined women get together,” Chinoy said as she accepted the golden statuette.

Chinoy praised “all the brave men out there, like my father and my husband, who push women to go to school and work and who want a more just society for women”.

The film follows 19-year-old Saba, a survivor of an attempted honour killing who was beaten up, shot and thrown into a river by her father and uncle for marrying a man without their approval. At the last moment, she tilted her head, meaning the bullet grazed her cheek instead of shattering her skull.

In a rarity for such attacks, Saba not only survived but went to police.

But under a law in Pakistan, men who kill female relatives escape punishment if they are “pardoned” by relatives through blood money.

After meeting Chinoy recently in Islamabad, Prime Minister Sharif in a statement vowed to “rid Pakistan of this evil by bringing in appropriate legislation”.

“That is the power of film,” Chinoy said at the Oscars.

She earlier had said that a victory at the Oscars would build momentum for change.

“I think if the film were to win an Academy Award, then the issue of honour killing, which doesn’t just affect women in Pakistan but affects women around the world, would really gain traction,” she said.

Chinoy in 2012 won Pakistan’s first Oscar for `Saving Face’, a 40-minute documentary on the horrors endured by women who suffer acid attacks.

It focused on two women, Zakia and Rukhsana, as they fight to rebuild their lives after being attacked by their husbands, and British Pakistani plastic surgeon Mohammad Jawad who tries to help repair their shattered faces.

President Mamnoon Hussain in a statement on Monday said that Chinoy had highlighted an important social issue in her film for which she deserved congratulation.

Prime Minister Sharif hailed the win, with activists calling for changes in laws to punish those who kill women deemed to have disgraced their families.

Mr Sharif reiterated that his government was in the process of pushing a law to stop the killings.

“Women like Ms Sharmeen Obaid-Chinoy are not only a pride for the Pakistani nation but are also a significant source of contribution towards the march of civilisation in the world,” he said in a statement.

More than 500 men and women died in honour killings in 2015, according to the Human Rights Commission of Pakistan (HRCP).

Most were never prosecuted.

But on Monday, after a six-year trial, a court in Lahore sentenced two brothers to death for killing their sister in 2009 for marrying a man of her choice.

“She (Chinoy) has been able to motivate the prime minister of Pakistan who until her film has not taken any step on this issue,” said Sughara Imam, who last year introduced a bill in the Senate to change the law on honour killings.

The bill did not pass, however, and it is not clear exactly how Mr Sharif proposes to change the law.

“He will have to take some bold steps… Words from the PM are really not enough,” said Zohra Yusuf, chairman of the HRCP.

The foreign ministry in a statement said Pakistan welcomed the Oscar, saying the film was a source of `national pride’. 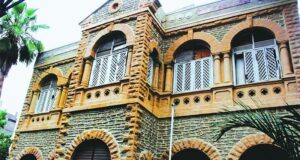 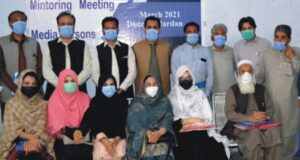