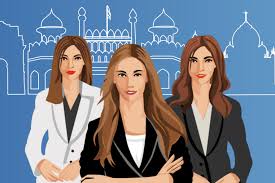 In order to create awareness about the stock investments amongst the women entrepreneurs of Islamabad and Rawalpindi, an information session was held at ISE Auditorium Islamabad jointly by Pakistan Stock Exchange (PSX) and Zahid Latif Khan Securities (Pvt.) Limited, Corporate Brokerage House of PSX.

Abdul Mannan Mirza from Securities & Exchange Commission of Pakistan (SECP) highlighted the role of SECP and efforts of the apex Regulator towards strengthening capital market.

Speaking at the occasion, Sulaiman S. Mehdi, Chairman, PSX was of the view that present day valuations were very attractive for investors. He was amazed to note the interest shown by the female segment in the stock market. Further, he suggested to women entrepreneurs to explore the potential of listing on the SME Board of PSX.

Zahid Latif Khan, CEO of Zahid Latif Khan Securities (Pvt.) Limited and Chairman ISE REIT Management Company talked about characteristics and benefits of investing in stock market. Zahid Latif Khan was of the view that shares investment was more suitable to women entrepreneurs. While explaining the procedure of investing in shares, Khan stated that the return on stock investments had been quite on higher side as compared to conventional modes of savings. He replied to various questions from the participants. Zahid Latif Khan lauded the efforts of PSX for starting awareness campaign in the country and especially in untapped north zone.

Kanwal Shauzab, Parliamentary Secretary, Planning & Development Division, who was the chief guest said that it was quite encouraging that women entrepreneurs in mentionable numbers were present in the session. She emphasized the participants to explore the new avenues including stock investments. While lauding the efforts of her government for uplift of the women, Ms. Kanwal offered the women entrepreneurs to avail the services of her office to resolve the issues involved in their businesses.

The session was attended by a large number of women entrepreneurs from the Capital and Rawalpindi.