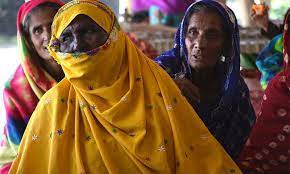 ISLAMABAD: The Senate Standing Committee on Law and Justice on Thursday passed The Enforcement of Women’s Property Rights (Amendment) Bill 2021 by a majority vote.

A meeting of the committee was held under the chairmanship of Senator Syed Ali Zafar at Parliament House.

Mr Naseem apprised the committee that the experiment of appointing judges through Federal Public Service Commission (FPSC) had failed. He added that the procedure for appointment of judges had been changed.

Mr Zafar said that the procedure for the appointment of judges is an important one and needs to be reviewed. He sought a detailed report on this matter from the ministry.

During the discussion on appointment of judges, Senator Azam Nazir Tarar pointed out that all appointments are null and void unless the chief justice is consulted. The discussion on Muslim Family Laws (Amendment) Bill 2021 lasted for almost 75 minutes, chairman of the committee said for the first time in 60 years, he had witnessed a bill like this.

He informed participants of the meeting that the Muslim Family Law Ordinance 1962 had decided that legislation will only be made for Muslims of Pakistan.

He said that people already declared the bill as wrong and controversial. The chairman of the committee also pointed out errors in the draft of the bill and recommended that ulema’s views should be heard in connection with this matter.

Senator Farooq H Naik declared the proposed amendments (Section 4 and Section 7) contrary to Muslim laws, adding that the bill should either be sent to Islamic Ideology Council (IIC) or ulema should consult on it.