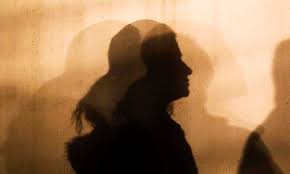 Posted by: admin in Gender Based Violence September 30, 2022 Comments Off on Security guard indicted for torture on pregnant maid 27 Views

A court has indicted a security guard on charges of beating up a pregnant woman in the Gulistan-e-Jauhar area. Muhammad Dawood has been charged with physically assaulting housemaid Sana Akram over a trivial matter within the jurisdiction of the Sharea Faisal police station on August 8.

When the case came up for hearing, the judicial magistrate-XXXII (East) read out charges to the accused who pleaded not guilty and opted to contest them. The magistrate then summoned prosecution witnesses to record their testimonies with a direction to the investigating officer to ensure their presence in the court at on next hearing slated for October 6. The accused was also told to attend the proceedings.

Dawood was booked and arrested after CCTV footage of him beating up the woman went viral on social media. He is currently out on bail. Apart from Dawood, Abdul Nasir, Adil Khan and Mehmood Khalil, members of the union of a residential project where the incident took place were named in the FIR lodged on the complaint of the victim. However, the court discharged them from the case on the IO’s recommendation.

The investigating officer charge-sheeted the security guard for the offences he allegedly committed under section 337-A(i) (shajjah-i-khafifah), 354 (assault or criminal force to woman with intent to outrage her modesty), and 504 (intentional insult with intent to provoke breach of the peace) of the Pakistan Penal Code (PPC).

According to content of the FIR, the woman, a resident of Bin Qasim Town, worked as a housemaid at a flat in the building where her son, Sohail, had arrived on August 5 to give her food items, but he was stopped by some union members of the building.

She added that as she protested over her son not being allowed to enter the building, one of the union members, Adil, misbehaved with her and directed security guard Dawood to deal with her, after which he hit her. She said she was six months pregnant and fell unconscious after she was manhandled by the security guard.