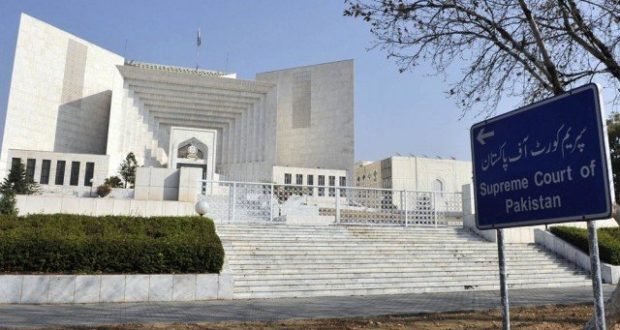 The Supreme Court (SC) has rejected the jail petition of two rape convicts and stated that ordinary delay in the registration of First Information Report (FIR) is not a ground for acquittal.

The top court had convicted Zahid and Riaz for committing rape and sentenced them to 10 years of rigorous imprisonment and imposed a fine of Rs50,000 each.

In case of default on payment of fine, both the convicts will further undergo imprisonment of six months.

The convicts were however extended the benefit of section 382-B of the Code of Criminal Procedure.

The court noted that a delay in approaching the police was natural as the case pertained to the violation of modesty of a married woman.

“Undoubtedly, the FIR was registered after a day of the crime having been committed. However, the fact that the modesty of a married woman was violated by sexual assault makes understandable the apprehension of the victim and her family in approaching the police immediately.

Delay in reporting the crime to the police in respect of an offence involving a person’s honour and reputation and which society may view unsympathetically could prey on the minds of a victim and her family and deter them to go to the police,” said the judgment

Convicts’ counsel Ayesha Tasneem maintained that the crime had taken place on October 27, 2017 at 12pm but was reported to police the following day at 5.10 pm.

She said that the person who had conducted the DNA tests was not produced as a witness before the court.

Justice Isa while authoring the order cited the 1981 Hamid Khan case where a delay of three days in reporting the crime to the police was considered immaterial.

The court observed that in the present case too, the delay could be explained as the victim and her family had elected for her medical treatment.

The order stated that the victim was examined on the day of crime by a physician who had testified that there were marks of violence on her body.

Regarding the absence of DNA report, the order termed the acquittal unjustified and said that there was substantial corroboratory evidence to secure the conviction of the petitioners beyond reasonable doubt.

The court wondered why the victim and her husband would falsely nominate the petitioners and bring upon themselves societal odium.

“We are therefore satisfied that the petitioners were properly convicted. In our opinion the petitioners were dealt with leniently with regard to their sentences, but since neither the victim nor the state has sought enhancement of sentence, we are not considering this aspect of the case. Consequently, leave to appeal is declined and this petition is dismissed”, the order concluded.

The Express Tribune
2020-03-09
Web Desk
Previous: Woman gang-raped in Faisalabad
Next: Cyber crime helpline: Over 100 women complain against online harassment in a month