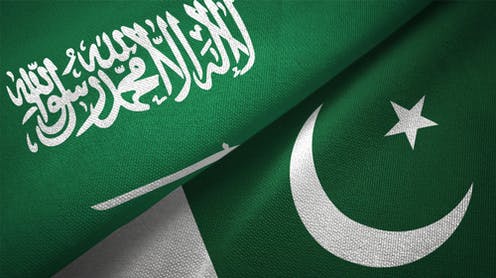 ISLAMABAD   – The Pakistan embassy in Sau­di Arabia with the help of Sau­di authorities has conducted a survey of Pakistani prisoners in Saudi jails and detected 23 Pa­kistani women prisoners in var­ious Saudi jails.

“After detection of these Pa­kistani women prisoners lan­guishing in Saudi jails, Pakistani embassy took up the matter at the highest level with the Sau­di authorities for their repatri­ation to Pakistan on humani­tarian grounds, which the Saudi government accepted”, Pakistan Ambassador to Kingdom of Sau­di Arabia Lt Gen (R) Bilal Akbar told The Nation on phone from Riyadh.

He said two women have been released immediately by Saudi authorities on the request of Pa­kistan embassy as they accom­panied children with them in the jail.

When asked about the na­ture of crime, the ambassador said these women are in jail on charges of narcotics smuggling which is a serious crime, but the Saudi authorities have agreed to repatriate them to Pakistan, which, he said, is indeed a sig­nificant breakthrough.

Ambassador Bilal Akbar said arrangements are being made for repatriation of 65 Pakistan­is released by the Saudi author­ities this week from various prisons after Pakistani embas­sy paid their outstanding fine amount.

“After issuing them tempo­rary travel documents these Pa­kistanis would be able to travel to Pakistan next week”, Bilal Ak­bar said.

Ambassador Akbar said twen­ty to twenty five more Pakistan­is are expected to be released next week.

“There are one three thou­sand two hundred and eighty four total Pakistani prisoners in Saudi jails out of which one thousand one hundred Paki­stanis who are in jails would be repatriated to Pakistan in phas­es, they would complete their remaining sentence,” Ambassa­dor Bilal Akbar said.

He said those Pakistanis who are involved in drug smuggling and other serious crimes are not being released by Saudi au­thorities.

The ambassador in response to a question said acceptance of Chinese vaccine is under strong consideration of the Saudi gov­ernment, as their experts have visited laboratories in China and found the standards satis­factory, so if Chinese vaccine is finally accepted by KSA it would be a big relief for Pakistani workers coming from Pakistan to KSA.