LONDON: Prime Minister Nawaz Sharif has assured Labour MP Naz Shah that Pakistani authorities are “actively pursuing” the murder case of British Pakistani Samia Shahid, 28, from Bradford, who was killed while visiting relatives in Pandori in Northern Punjab in a case of honour killing.

In a letter to the Bradford West MP while answering a letter written by the Bradford West MP, the prime minister said: “I would like to assure that my government is actively pursuing the case. Necessary instructions have already been issued to the relevant authorities regarding specific requests mentioned in your letter.”

The PM added: “I would like to express my appreciation for the wonderful work that you are doing for the welfare of the Pakistani community in United Kingdom and wish you continued success in your noble endeavours.”

Speaking to The News in an interview, Naz Shah said that Pakistani authorities deserve credit for their pro-active role in the case of Samia Shahid.

I believe that chief minister Punjab Shahbaz Sharif has done an outstanding job in this case. He appointed a highly credible police officer Mr Bekhsh who ensured that all mysetries regarding the honour killing of samia Shahid are resolved. Shahbaz Sharif taken personal interest in this case and as a result there has been no corruption so far. There were problems in the case in the beginning but the current team of investigators has done a great job and deserve full credit.”

Naz Shah MP said that Britain’s Foreign and Commonwealth Office is surprised that Pakistani authorities worked so fast and arrested the suspects involved in this case. She said that the FCO officials accept that the Punjab police has shown real professionalism in this case.

Naz Shah said that she faced death threats from a man and woman for pursuing this case. “A call was intercepted between a man and a woman in Bradford by the police and as a result the couple were arrested and now they remain on the police bail. They wanted to kill me. The police informed me about that. The police is investigating the plot against me. I was threatened to stop me from pursuing this case. Its my resolve that I will not give up and I will continue to speak on behalf of those who have no one to stand up for them.”

Samia Shahid’s husband Syed Mukhtar Kazam said he was told the 28-year-old had a heart attack when reports of his wife’s death emerged but he went public and said that his wife was the victim of an “honour killing.”

Kazam, who was Samia Shahid’s second husband, said his wife’s family had always been opposed to their relationship. Shahid’s first husband was a cousin from their village in Pakistan. 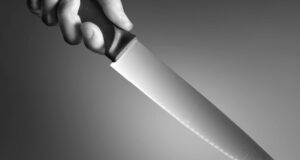 Man stabs wife, her friend to death in name of honor