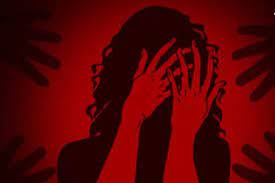 Robbers rape girl in presence of her parents

Three robbers gang-raped a girl in presence of her parents during a dacoity bid in Sheikhopura district on Saturday.

The horrific incidents of rape are on the rise instead of decreasing. Gang rape has become a routine matter in Punjab.

In Sheikhupura, a girl was raped during a robbery in Nawab Kot area of Bhakhi. The robbers allegedly gang-raped the girl in front of her parents. A case of the incident has been registered with the police station concerned. Police arrested the three accused on the identification of the victim’s family.

According to the head of the house, three robbers entered the house of a laborer last night, locked him in a room with his wife and daughter, tied their hands and gang-raped their daughter at gunpoint. The victim is undergoing medical treatment.

Lustful people in society have made it impossible for women to leave their homes. Minors are also insecure. Police are acquitting accused after getting a huge bribe which has created a new atmosphere of crime in society.

On the other hand, Punjab Chief Minister Usman Bazdar took notice of the incident and ordered strict action against the accused