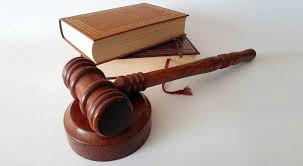 Posted by: admin in Gender Based Violence 10 days ago 0 20 Views

RAWALPINDI: A local court of Rawalpindi on Wednesday convicted child rapist for abusing and uploading pornographic videos of 30 children on International Dark Web.

He has also been awarded life imprisonment thrice. The court also imposed a fine of Rs600,000 on the convict.

A co-accused in this case Khurram Tahir alias Kaloo was also given seven years imprisonment and the court slapped a fine of Rs100,000 on him.

“He be hanged by neck till his death, subject to confirmation of sentence of death by the Lahore High Court, Lahore,” the court order held.

“The act of accused Sohail Ayaz is inhuman rather worse than beast because even in the world of beasts there is no concept to ravage the innocence of cubs. He deserves no leniency or sympathies in awarding the death sentence,” declared the court order.

Rawat police arrested Ayaz in November 2019 for molesting a 13-year waiter of a tea stall.

During the investigation he confessed to having abducted and sexually assaulted over 30 children in different cities.

He also admitted that he was a convicted pedophile deported from the UK and Italy after spending four years in jail abroad and now working as consultant to the Khyber-Pakhtunkhwa government.

As per the court record, Ayaz had raped over 30 children and uploaded videos of the assaults to the dark web.