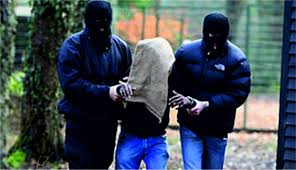 KARACHI – Pakistan Tehreek-e-Insaf (PTI) Women Wing Karachi President Fiza Zeeshan while condemning the killing of a girl, who was earlier kidnapped and later killed, at Pir-Jo-Goth in Khairpur area of the Sindh province, demanded to arrest the killer immediately. She said that the cases of kidnapping were growing day by day.   Fiza Zeeshan said that in spite of the Child Protection Act in the province, there was no one to get that implemented. She demanded from the authorities concerned to prepare a strict strategy to prevent the kidnapping of children, their killing and rape incidents. She demanded that the Sindh police should arrest the culprits and brought them to their logical end.