Posted by: admin in Economic Empowerment 13 days ago 0 14 Views

The programme which is aimed at preventing malnutrition in children under five years of age and pregnant and lactating women would be implemented in 14 vulnerable districts of Azad Kashmir and Khyber Pakhtunkhwa.

Highlighting the importance of fighting under-nutrition, Ms PalaKrishnan stressed that the issue should top the agenda of all governments.

She said Pakistan had an extraordinarily high and persistent level of child under-nutrition which increased morbidity and mortality, impacted physical and cognitive growth, diminished learning capacity and school performance and led to lower adult productivity.

The event was told that through this project as many as 30,444 malnourished children and 27,056 pregnant and lactating women would be supported.

Speaking on the occasion, the Saudi envoy said the people of his country would always stand by the people of Pakistan to fight against malnutrition in children and PLWs.

Speaking on behalf of AJK Prime Minister Sardar Tanveer Ilyas who could not make it to the event due to budget-related meetings in Islamabad, finance minister Khan expressed gratitude to both the KSRelief and WFP for their concern and support. 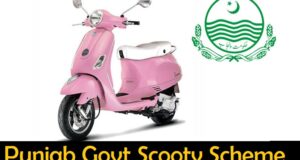 Women government employees to get scooties 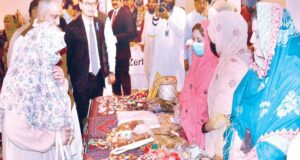 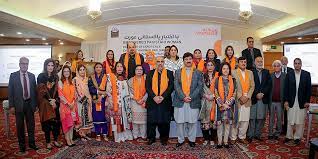