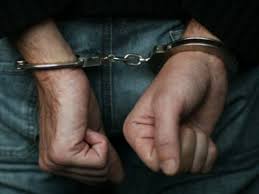 UMERKOT: The police arrested on Thursday the prime suspect in the case pertaining to the gang-rape of a Grade-9 student near Umerkot.

The 15-year-old girl was reportedly raped after two men allegedly forced their way into her residence on Saturday night. A case pertaining to gang-rape was registered against two suspects at the Umerkot City police station the following day at the behest of the girl’s uncle.

According to the complaint registered with the police, Ali and Faiz Muhammad Bajeer had climbed the wall of their house and raped the girl, who had been asleep. Following the incident, the girl was referred to the district headquarters hospital for a medical examination.

The incident triggered outcry and protests in the area.