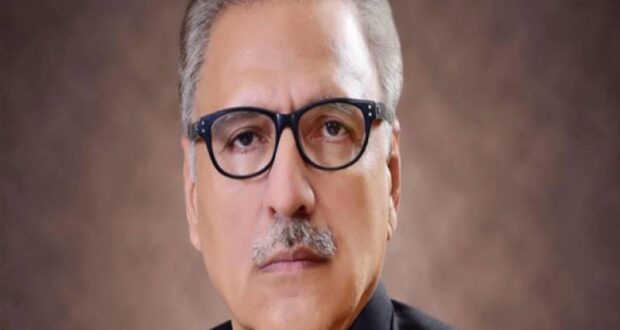 KARACHI – President Dr Arif Alvi on Saturday urged ulema to play their role in sensitizing the people regarding mother and child health. He was talking to a delegation of ulema led by Mufti Muneeb-ur-Rahman at the Governor House. Maulana Rehan Amjad Nomani, Mufti Nazir Jan, Maulana Sabir Noorani and Mufti Abid Mubarak were also present in the meeting, a press release said.

The president also urged them to educate people about women’s inheritance rights according to the injunctions of Islam. The delegation appreciated the role of the President and the government for creating inter-sects and inter-faith harmony and for taking ulema on board regarding all matters of importance especially during COVID-19. They expressed their gratitude for opening the mosques during Ramazan with Standard Operating Procedures (SOPs).

President Alvi had said that Allah Almighty commanded the mother to breast feed her child for two years and added that breastfeeding lowers breast cancer risk.

He had said the disease should be discussed openly for early diagnosis and added that members of parliament should also play their role in this regard.

President Dr Arif Alvi had also urged religious scholars and media to play their due role in creating awareness about breast cancer.