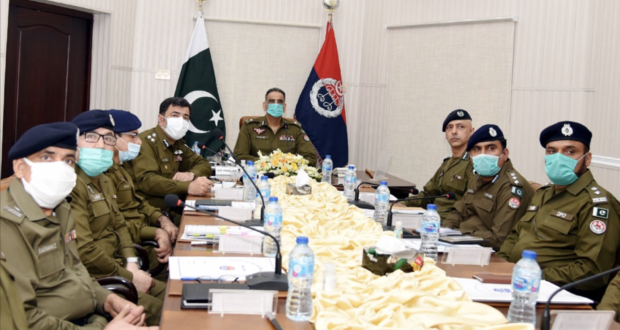 Precincts to have Rape Investigation Units

RAWALPINDI: All police stations in Rawalpindi will have a Rape Investigation Unit (RIU) to comprising police officials capable of empathetically dealing with the victims and investigate the case properly.

The Punjab government has decided to establish Rape Investigation Unit (RIU) at every police station level owing to an unabated rise in cases of assault in the province.

The unit would investigate rape, molestation and harassment casesonly like the previously formed designated Homicide and Narcotics investigation units. The government would deploy separate Investigation Officers (IOs) to probe into such incidents only.

RIU would work under a SP rank police officer in all big districts of Punjab.

A senior officer of the Punjab Police told The Express Tribune, requesting anonymity as he was not authorized to talk to the media, that the decision has been taken after the Gujarpura rape incident and surge in molestation cases with minors across the province.

He added that the RIU would only investigate rape and molestation cases and would utilise all resources of a police station where it was established to bring the suspects to the book.

The police officer said that the unit in each police station would have a designated IO who would be responsible to perform all tasks from beginning to end – from registering of an FIR to filing of the charge sheet ¬ of a rape or molestation case. He added that the unit would be assigned some special powers too which include swift forensic analysis of the evidence and findings.

He asserted that the formation of units have reduced public complaints regarding the police’s probing performance.

The officer informed that the unit would be supervised by a SP rank police official. Any objection by the plaintiff or suspect on the IO would be addressed by the SP, he added.

He said that the formation of unit would expedite investigation of the heinous crime while he hoped that the Punjab Inspector General (IG) would soon issue a notification in this regard too.