Policewomen out on roads to regulate traffic

Posted by: admin in Economic Empowerment, Featured December 3, 2014 Comments Off on Policewomen out on roads to regulate traffic 1419 Views

KARACHI: “Look out! There’s a woman in the middle of the road with a stop sign.” Jamming on the brakes, drivers brought vehicles to a halt. No one dared jump the red light. A few motorcycles with their front wheels over the zebra crossing line were politely asked to move backwards, which they did without questioning.

This was the case from Fawwara Chowk to the traffic intersections of the PIDC to Do Talwar where some 30 women traffic constables took to the roads to control traffic. “Well, we are training at the moment which would be completed in about a week, Insha Allah. From next week, we will be wearing our new white traffic police uniforms,” head constable Syeda Bobby Tabbasum minding traffic at the Teen Talwar intersection told Dawn on Tuesday.

“There would also be more women controlling traffic on the roads soon as 70 more are expected to join the ranks. Some of us are from Police Operations, some from Investigations and others from the CIA,” she said.

Police constable (PC) Madiha Shah said their timings during training were from 12noon to 5pm, and they were picked and dropped by a police bus. “We are all family women and when transport became an issue for us we were provided it by our department for which we are grateful,” she said.

Some of the lady constables there wore black shirts with khaki shalwar while others donned khaki trousers. “Well, there is flexibility over what we feel more comfortable in at work,” said PC Mehwish Dani.

Working side-by-side with male traffic police officials, who were also guiding them, the women said they had faced no problems so far. “I’m six months pregnant with my first baby,” said PC Asma Akhtar. “And I’m grateful that my supervisor gives me relief whenever I feel tired.”

She added: “My husband and I have been trying to have a child for four years and now that I’m expecting my husband is concerned about me controlling traffic. It can become hectic but it’s also pretty exciting. I’ll soon be taking my maternal leave but hope to come back here after that.”

Head constable Saifal Khan, one of their colleagues, said he was glad to be working with the women. “We are usually afraid of stopping women drivers for violating traffic rules. Now they are our lady constables’ problem,” he said.

Head moharrir Mohammad Jawaid Jadoon, one of the personnel supervising the lady constables’ training, said he told them to also brief the people about traffic rules while on duty. “They are quick learners and I don’t usually have to explain things to them more than once. But I think they tire easily and we let them take short breaks. Still I am hopeful they will do better than us even after gaining more confidence,” he said.

This new change on Karachi’s roads is said to have been brought about by DIG-traffic Dr Amir Sheikh. “I believe in equal opportunities for women and wanted to empower police women in this male-dominated society. For this I intend to bring in at least 100 lady constables and we are encouraging the women in the police department to opt for traffic police by also offering them an extra monthly allowance of Rs1,000 with pick and drop facility,” he said.

“At the moment there are only 30 of them out there but it would be a positive change as more and more join in. I want them regulating traffic everywhere as people, too, seeing women would behave and listen to them. That way the usual arguments we see on our roads between the public and traffic police would slowly lessen too,” the DIG added.

“And this is not all. Besides the lady constables controlling traffic, we also have two very senior lady section officers. These are two very senior lady inspectors driving around town in police mobiles, who’ll come to hear your grievance in person when you call on the ‘1915’ complaint number. These are all just a part of our new reforms and improvements.”

Asma Akhtar Encouraging the women Policewomen Traffic intersections 2014-12-03
admin
Previous: In the name of honour: Sisters gunned down by their brother
Next: The right of honour 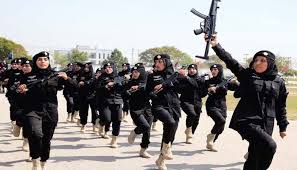 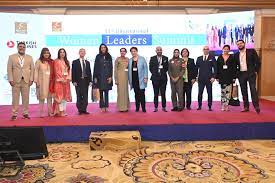