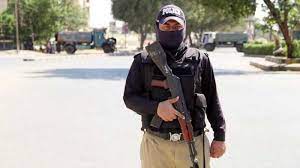 KARACHI – The police are investigating the mysterious death of a sixteen-year-old identified as Samina in Gulshan-e-Iqbal Karachi. According to the police, her family belongs to Quetta. They told the police that she was killed by an unidentified person but later changed their statement and said she had died by suicide. The police found a firearm belonging to her brother at the home. It had a spent 9mm shell, which has led the police to suspect his involvement. A post-mortem examination found that she was shot at close range in the chest. “Her family members are not cooperating in the investigation and their statements are full of contradiction,” said SSP Sajid Sadozai. He said that her body has been buried after the post-mortem.