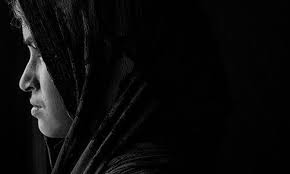 Police have rescued a teenage girl and a woman from their respective families. The girl was found to have been chained up and locked up by her father and uncle, while the woman had been held captive by her brother for over two years, during which time she was subjected to beatings.

After receiving information through the police helpline 15, the officials conducted a raid at a house in the Moinabad area within the limits of the Sharafi Goth police station. At the house they found a 16-year-old girl chained up and locked up. She held her father and paternal uncle responsible. Police said they have registered a case against the two men and are carrying out raids to arrest them.

Similarly, after receiving information through the police helpline 15, the officials conducted a raid in the Jannat Bibi building within the limits of the Eidgah police station. In the building they found a woman appearing to be between 25 and 30 years old, who said she had been held captive by her brother Iqbal Ahmed for some two and a half years. She also said her brother used to beat her up as well.

Police took the woman to the Dr Ruth KM Pfau Civil Hospital Karachi and also arrested her brother. The officials have registered a case against him on the complaint of the woman’s maternal uncle Hussain.