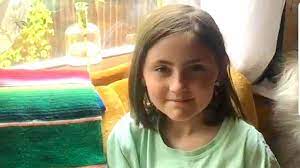 Posted by: admin in Gender Based Violence July 5, 2022 Comments Off on Police rescue kidnapped girl 33 Views

Saddar Police Station have recovered a girl who was kidnapped from the GT Road on her way back home after appearing in her exam at a private college.

The girl was allegedly kidnapped by a former classmate of her who lived in her neighborhood. The suspect got help from his friends in kidnapping the girl.

According to the SHO of Saddar Police Station, Mehr Ismail, a 15-year-old student of a private college located on the G T Road had been on her way home from her college three days ago.

In the meantime, Zulqarnain, a resident of her area, intercepted her and told her that her father’s condition had been very critical and he had sent him to give a lift to her in his car so that she reached home earlier, he said.

Taking Zulqarnain’s words on face value, the victim sat in the car.

The car had already been carrying three people, including its driver, Ashraf. The accused allegedly took the victim to an unknown location after drugging her due to which she fell unconscious.

Police said that the medical report of the victim confirmed that she had been abused. In order to assess whether the girl had been abused by more than one person, a DNA sample was sent to a laboratory in Islamabad.