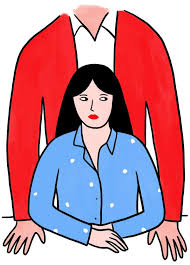 BHAKKAR: A University of Sarghoda Bhakkar Campus professor was released by authorities after being interrogated over charges of sexually harassing a girl student.

Professor Dr Sajid Iqbal was released on bail after initial investigations. During the interrogation of student S* and Professor Dr Sajid Iqbal, under the supervision of DPO Shaista Nadeem, the former was unable to prove the allegations. Two other students were also included in the investigation. Police stated that S* was also unable to provide any evidence of blackmail or harassment.

DPO Shaista Nadeem said Professor Dr Sajid Iqbal was released on bail, but the investigation is still under way and the professor would be summoned if needed. In a video filmed by the student, which later went viral on social media, she claimed Dr Iqbal sexually harassed her.

On the complaint of the girl’s father, who is a teacher at the Government Model High School in Kilor Kot, Bhakkar, police registered a case against the accused.

On Thursday, local police registered the case against the suspect and arrested him on the premises of the university campus. After Dr Iqbal was taken into custody, professors and lecturers of all the departments boycotted classes and registered their protest in front of the DPO office.

A delegation of professors and lecturers also went to meet DPO Shaista Nadeem. She assured them that the case would be investigated on the basis of merit. After initial investigations, Dr Iqbal was released on bail. Professors, lecturers and other staff of Sargodha University thanked DPO Shaista Nadeem and demanded stern action against ‘blackmailers’.

Dr Iqbal said that the video was edited by someone and posted on social media after adding a sad song to it. He added the person who registered the FIR was different from the one who posted the video on social media.

He claimed this was a pressure tactic to pass the student. The professor said that the accusations had been continuing for the last two years by S* who had been perpetually failing the courses taught by him.  He claimed that the student had also caused a fire in the girls’ hostel and was ejected from the housing facility. She is currently residing in a private hostel.

He continued that S* was also accused of stealing in class and her parents had to issue personal apologies over her behaviour.