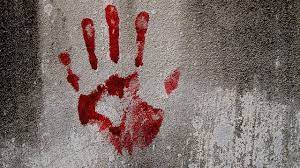 Posted by: admin in Gender Based Violence 28 days ago Comments Off on Police killed assault, murder suspect in staged encounter, claims family 40 Views

HYDERABAD: Police killed the prime suspect in seven-year-old girl’s assault and murder case in a staged shootout on Wednesday night, according to family and neighbors.

Police had claimed in a statement that the suspect Osama Qureshi was shot dead by police near Meeran School in Hirabad area in the jurisdiction of Market police station when he opened fire on a police team. He was trying to flee after he was convinced police had found out his involvement in the girl’s murder, said police.

The news about Osama’s death in the ‘encounter’ came on the heels of reports about his involvement in the murder earlier on Wednesday evening.

Sources in police said that Osama was picked up from the area in the wake of the girl’s burial on Tuesday. His cell phone was taken into custody to verify his call data record (CDR) and conversation on different numbers, said the sources.

The police statement issued a day earlier said Osama was among the four suspects interrogated. “Their [suspects] medical examination had also been made,” it said. But despite repeated requests, the police spokesperson did not share reports and the nature of the medical examinations till Thursday evening.

Osama’s relatives including his sisters, brothers and mother spoke to journalists during a demonstration outside local press club on Wednesday night. “Osama was often called by Faisal’s family for domestic chores and he always served them. It was, however, disliked by Faisal who even beat Osama and once aimed a pistol at him,” said Osama’s mother, Husna Bano on Wednesday night.

She said that she had told Faisal’s wife not to send for her son as it could cause trouble because her husband did not like it. “My brother was taken away in a car by some men in plainclothes men on Tuesday soon after the girl’s burial. Many area people had noticed him being taken away. Soon afterwards, we learnt that he has been killed,” she said.

Last night, Asif said, police constable Jabbar visited his house and sought Osama’s cell phone, which was handed over to him. “On Wednesday night we learnt that Osama has been killed in the encounter,” Asif said, adding that four bullets hit him, two in the skull and two in the chest while his legs were said to be broken.

He said that the bereaved family was not allowed by the area people to bring Osama’s body to his house. We took the body to Edhi morgue from the hospital and then directly to the graveyard for burial in the morning,” he said on Thursday.

“We were threatened if the body was brought to the locality it would be burnt down,” he said, adding that the family was not even allowed to pitch a tent for receiving condolences.

2022-11-04
admin
Previous: Lahore man ‘rapes’ mother-in-law, sets her on fire
Next: Policeman Apprehended for Raping a Minor Girl in Punjab