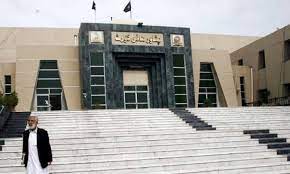 Posted by: admin in Gender Based Violence 23 days ago Comments Off on Peshawar High Court (PHC) grants bail to man in girl kidnapping case 40 Views

PESHAWAR: The Peshawar High Court has granted bail to a Shangla resident charged with kidnapping and marrying a teenage girl against the wishes of her family.

Justice Mohammad Ijaz Khan of a single-member bench accepted the bail plea of the accused, Abu Bakar, on condition of furnishing two surety bonds of Rs200, 000 each.

The girl’s father, complainant in the FIR registered by the Olander police station in Shangla district, had claimed that his daughter was around 13 and the family’s Form B confirmed it. However, a medical board declared after her medical examination that the girl was 16 or 17.

The girl had recorded her statement with a magistrate under Section 164 of the Code of Criminal Procedure insisting that she had left her house and married the accused ‘without any coercion’.

The complainant had alleged that he and other family members went to sleep and found his minor daughter not home after waking up at midnight.

She denies abduction, insists she married accused of her own free will

He had added that the family searched for the girl but didn’t find her and later learned that she had been kidnapped by the accused in connivance with his father, Khan Zarin, and brother Ameerullah.

The police had registered FIR of the incident on Sept 27, 2022, under the Pakistan Penal Code’s sections 365B (kidnapping of a woman to compel her for marriage), 496-A (the act of enticing a woman away with a criminal intent), and some other provisions.

They later arrested all the three accused and recovered the girl. A lower court denied bail to the main accused, the petitioner, but ordered the release of the co-accused on bail.

The bench observed that in view of the tender age of the abductee and on the direction of the local magistrate, she was accordingly referred to the medical board, which examined her and found her to be 16 or 17 years of age.

“In view of the above opinion of the Standing Medical Board the abductee is, prima facie, 16-17 years of age, whereas the definition of child as find mentioned in Section 2(a) of the Child Marriage Restraint Act, 1929, is a child below the sixteen years of age, therefore, for the purpose of marriage she is considered to be a major and as she has also recorded her statement that she has not been abducted by petitioner Abu Bakar but in fact she with her own sweet will has entered into the marriage with him as they like each other,” it declared in the verdict on bail plea.

The court further observed that the alleged kidnapped person didn’t live with her parents and opted to live in a shelter home, which, prima facie, showed that she still stood by her statement about innocence of the accused.

It also referred to a Supreme Court judgement, which declared that every accused in a case was innocent until he or she was proven guilty and that if the facts of the case warranted, the benefit of doubt could be extended to the accused even at the bail stage.