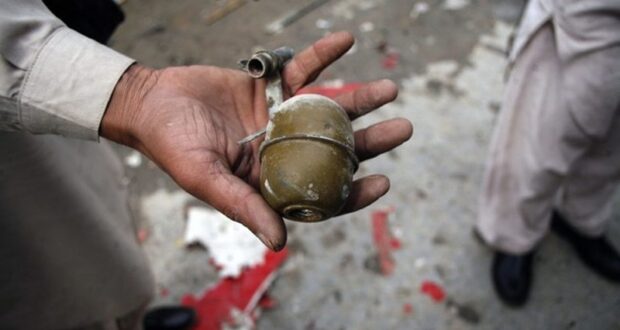 Panic as grenade hurled at girls school in North Waziristan

NORTH WAZIRISTAN: A blast took place at a girls school in Haider Khel area of North Waziristan tribal district on Monday, when the students were taking intermediate examination. However, no one was hurt in the explosion.

The police said miscreants threw a hand grenade at the watchtower of the government girls high school in Khan Mirkot.

District police officer Shafiullah Gandapur told the media that guard was not present in the watchtower when the explosion occurred. He said miscreants had targeted the school to create disturbance in the area.

Witnesses said girls were taking first paper of intermediate examination when a loud explosion was heard. They said the blast caused panic, and local residents, including parents, rushed to the school.

Students, however, completed their paper.

Malik Gul Salih Jan, an elder of Haider Khel, said the blast was an attempt to discourage girls from going to school.

Meanwhile, the security forces killed a terrorist during an intelligence-based operation in Janikhel area near Bannu. Officials said the army and police jointly conducted the operation, killing Inayatullah, who was wanted to law enforcement agencies. They said the body was shifted to a basic health unit in Bannu.