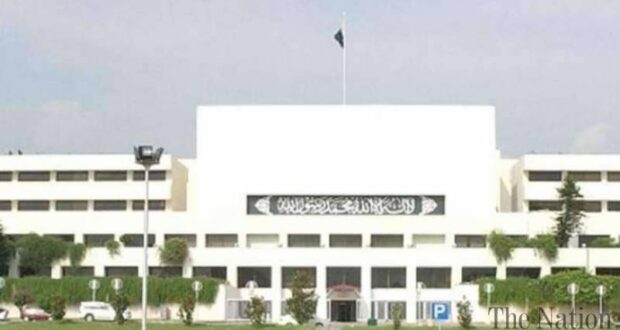 ISLAMABAD – Following public outrage over the brutal gang rape incident along a major highway near Lahore, the opposition parties have moved to kick-start a heated debate in the Parliament on the horrible incident that has shocked the country.

They have asked the government to take both the houses of the Parliament into confidence on the matter that has caused public condemnation and anger countrywide.

The major opposition Pakistan Muslim League-Nawaz (PML-N) and Pakistan People’s Party (PPP) have moved separate call to attention notices in the National Assembly and the Senate for this purpose.

Both the houses of the Parliament, the National Assembly and the Senate, are set to meet next week to take up the important FATF-related legislation.

The controversial remarks of Lahore Capital City Police Officer (CCPO) Umar Sheikh added fuel to the fire when he said that the woman did not take precautionary measures before setting off on her journey from Lahore to Gujranwala, and chose wrong way at a wrong time.

PML-N Senator Ayesha Raza Farooq submitted a call attention with the Senate Secretariat to draw the attention of Minister for Human Rights Dr Shireen Mazari towards the “horrific gang rape incident on the motorway.”

“I would like to draw the attention of the Ministry of Human Rights towards a matter of urgent public importance regarding the horrific incident,” said the notice adding that the heinous crime merits a response from the minister on the floor of the house.

The parliamentary leader of PPP in the Senate Senator Sherry Rehman has already moved a separate call attention notice in the Senate Secretariat asking the Ministry of Human Rights to give a response on the gang rape incident.

The opposition PML-N on Friday separately moved a call attention notice in the National Assembly Secretariat drawing the attention of Minister for Interior Brigadier (Retd) Ijaz Ahmad Shah towards the incident.

“This is a serious matter of grave public concern and merits a response from the minister concerned on the floor of the house,” said the notice moved by Khawaja Muhammad Asif and Ahan Iqbal, the two senior leaders of PML-N and members of the National Assembly, besides three other women parliamentarians of the opposition party.

The PML-N also separately moved an adjournment motion in the NA Secretariat asking that the house while adjourning the other business should immediately discuss the urgent public issue of alarming increase in rape cases across the country, especially the gang rape incident on motorway.

Meanwhile, the National Assembly Standing Committee on Law and Justice has summoned CCPO Lahore for the next meeting asking him to explain his controversial remarks blaming the victim for the incident.

The committee that met under the chairmanship of MNA Riaz Fatyana also summoned secretary communications and motorway police chief for the next meeting asking them to explain why highway police were not deployed on the Lahore-Sialkot Motorway while it is open for public for the past many months.

2020-09-12
admin
Previous: Frantic search for Lahore rapists as condemnations pour in
Next: No breakthrough in barbaric gang rape on Motorway