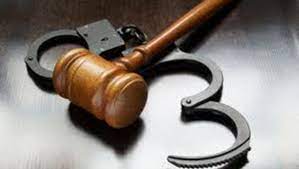 Only three rapists convicted in 235 cases in capital since 2017

Posted by: admin in Gender Based Violence June 24, 2022 Comments Off on Only three rapists convicted in 235 cases in capital since 2017 41 Views

ISLAMABAD: Only three rapists have been convicted in 235 cases reported to the police in the capital city in the last five years.

According to a document of the capital police, of the 235 cases, challans of 206 have been submitted to courts. A total of 210 people were involved in these cases.

The document added that 14 cases were under investigation, 15 cancelled while only three accused were convicted.

The Islamabad police submitted the document to the Senate Standing Committee on Interior in response to an agenda item. However, the committee, which met on Thursday with Senator Mohsin Aziz in the chair, did not discuss the matter due to shortage of time.

The document available with Dawn stated: “Interim reports have been submitted in the trial courts in under investigation cases. The above data shows a slight increase in the cases of rape, however, the ICT Police has taken following steps to control the crime.”

Elaborating the steps, it said all stations house officers (SHOs) had been directed to register the FIR of rape case without any delay.

“Counseling and medical treatment may be provided to the victim. Quick response teams are deployed particularly for early arrest of perpetrators. Investigation of such cases is being sent to the Special Sexual Offence Investigation Unit, which has been established at the zonal level for speedy investigation with the deployment of seasoned investigation officers.”

Meetings are being convened with heads of educational institutions and an awareness campaign is being launched about sensitivity of such cases besides preventative measures to cure these crimes.

The document said ulema and khateebs (prayers leaders) have been requested to sensitise the public about the curse during Friday sermons.

“Mobile patrols have been strictly directed to keep a close eye on suspicious activities of outlaws to curb the said crime. A Gender Protection Unit has also been established by the police at the facilitation centre in F-6 Markaz. To ensure easy access to the unit by the victims, a helpline – 1815 – has also been. Moreover, 15 lady police officers are also deployed in three shifts in the centre to facilitate the victims and their families round the clock.”

The document added that efforts were underway to arrest suspects involved in the under-investigation cases.

Earlier, while discussing an agenda item, PTI members said that during the party’s “Haqiqi Azadi March” on May 25 the capital police used excessive tear gas against unarmed protesters.

One of the PTI female senators alleged that some suspects, who had nothing to do with the PTI, at the behest of the government put a number of trees on fire in the capital. She said police used excessive tear gas on women and children as well.

A special invitee to the meeting, former MNA Sadaqat Abbasi said if the police repeated the use of force in future, the protesters would have no option but to retaliate.

Inspector General of Police (IGP) Dr Akbar Nasir Khan told the committee that the police did not act illegally. He denied excessive use of tear gas and said he had already submitted his report to the committee.