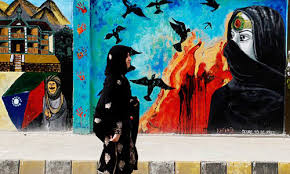 PESHAWAR: Khyber Pakhtunkhwa anti-harassment ombudsperson Rukhshanda Naz has issued notices to the deputy commissioners of all districts asking them to file response to a complaint against the practice of denying share in the family property to women.

The DCs have been told to produce their respective replies by Nov 17.

The complaint is filed by advocate Saifullah Muhib Kakakhel under Section 4 of the KP Enforcement of Ownership Rights Act, 2019, against the public at large for depriving women of their ownership right to moveable and immovable inherited properties.

The complainant requested the ombudsperson to issue directives to the deputy commissioners across the province, including merged tribal districts, to distribute pamphlets in houses to create awareness among women of their right in family inheritance.

Petition calls for steps to protect women’s share in inheritance

He also sought orders for the Pakistan Telecommunication Authority to send SMS to mobile phone users for awareness of the issue and provision of details of the ombudsperson’s office.

The complainant said the PTA should also be directed to launch a mobile app for the filing of the property complaint by women.

He requested the ombudsperson to ask the Pakistan Electronic Media Regulatory Authority to direct all news channels to raise awareness of the issue through advertisements.

Mr Saifullah, who is known for public interest litigation, suggested that the deputy commissioners of all districts be ordered to stop revenue authorities from transferring properties without prior confirmation of family tree by Nadra.

He said if women were not given share in property or they withdrew own right to inheritance, their statements should be taken by woman revenue officers after being given advice and proper opportunity to think about the consequences of the move and that those officers should confirm if the property transfer was driven by force, coercion, fraud or the woman’s own free will.

The complainant said after the death of a person, Nadra and deputy commissioners should verify the original legal heirs, including women, who were mostly not included in the family tree and were not even registered with Nadra for the purpose of inheritance denial.

The complaint is filed through lawyers Zeenat Muib Kakakhel and Numan Muhib Kakakhel, who said the respondents, including deputy commissioners, Nadra, Pemra, PTA and others, were different government authorities, who could play a vital role in providing women with their property rights.

They said under the KP Women Ownership Rights Act, 2019, vast powers had been given to the ombudsperson’s office set up under the Protection against Harassment of Women at Workplace Act, 2010, whose jurisdiction had been extended to all KP, including merged tribal districts.

The complainant said the office of the ombudsperson had also been empowered to enforce its decisions under the KP Women Ownership Rights Act, 2019, through the state machinery and that all authorities were bound to follow its orders.

He said being a lawyer, he had been receiving cases regularly about the denial of right to movable and immovable properties to women and that those women didn’t even know that they could legally claim those rights.

The complainant claimed that some women didn’t approach the court for property rights for fear of their male family members, poor financial conditions, and hectic and lengthy legal procedures. 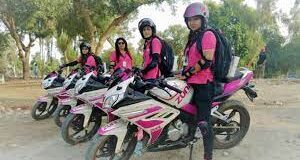 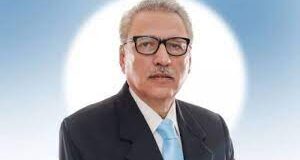