Latest News
Home / Political Rights / Women and Governance / No law on public hanging for rapists in the offing: Mazari 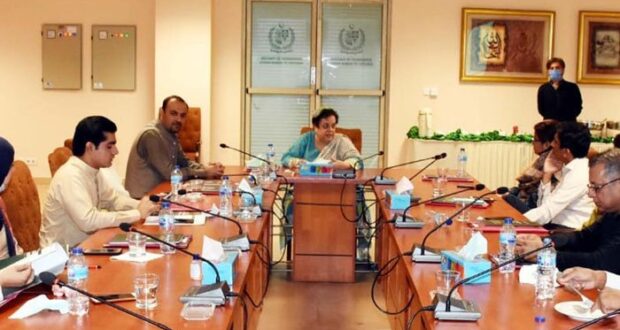 ISLAMABAD: Minister for Human Rights Shireen Mazari on Friday said that no law on public hanging of rapists is being considered but a decision was made in the cabinet meeting to bring in stringent laws for punishment of such offenders.

She said that the government will soon bring a bill regarding sexual assault of women, children and transgenders. However, the punishment for rapists could not be decided, the minister said. Mazari said that nobody including media would be allowed to reveal the names of the rape victims. She warned whoever discloses the rape victim’s name would be punished severely. The minister for human rights also said that women in large numbers would be inducted into the police.

Owing to the increased spotlight on the issue, a startling rise in the number of such cases being reported has been witnessed, leading to more anger and frustration and greater pressure on the government to pass legislation that can act as a deterrent to such crimes.

The prime minister, in a joint session of Parliament on September 16, had promised that a bill will soon be introduced to address the menace. “We are thinking of passing legislation that not only protects our women but also our children whose lives are ruined.

“Rape should be viewed as something that destroys lives. In our culture, families suffer also, and the children, especially, have life-long trauma,” he said. The prime minister said the government will have a three-tiered approach.

“Firstly, we will have registration. Sex offenders everywhere are registered. They are usually repeat offenders,” he said. He said that far too many incidences go unreported. “We always find out that a small number is reported.”

“The bill will not only focus on exemplary punishment, but also conviction, to begin with, which is not easy. The kind of evidence required is very difficult to put forward.” He said that for the victim to stand in the witness box and provide a statement is also a very difficult task and so, the a “comprehensive legislation” will be introduced also keeping these aspects in mind.