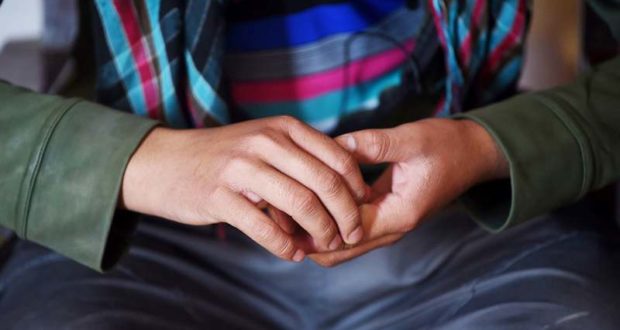 No concrete measures in place to prevent child sexual abuse

• Pakistan has not signed agreement with Interpol to share sex offenders’ data during deportation • No mechanism to exchange data between police, FIA

ISLAMABAD: Even as cases of child sexual abuse are reported with increasing frequency across the country, the government has not taken any concrete measures to address flaws in the investigation of such cases or the implementation of the relevant laws.

Government and law enforcement organisations do not maintain a registry of convicted sex offenders nor do they compile data on child sexual abuse cases, leading even parliament to turn to NGOs for data.

Senator Mustafa Nawaz Khokhar, the chair of the Senate Standing Committee on Human Rights, said that his committee has already called the ministries of interior and human rights to its next meeting.

He said that they will ensure that sex offenders are mapped and that an agreement is made with Interpol, the International Criminal Police Organisation, to share sex offenders’ data when deporting them to Pakistan.

Senator Khokhar’s efforts come following the arrest of a man in Rawalpindi earlier this month after a woman filed a case against him for kidnapping and raping her 13-year-old son.

More recently, a seven-year-old was strangled to death after being raped in her home by her 18-year-old uncle in Dhoke Chaudhrian. A few months ago in the capital, two police officials were arrested for allegedly raping minors and then blackmailing them with videos.

Earlier this year, 10-year-old Farishta was raped and murdered in the limits of Shahzad Town police. The local police did not register a case regarding her disappearance when her family first approached them.

Her body was found a day after the case was finally registered, four days after her disappearance was reported to the police.

In July, a man was picked up by the police in Bhara Kahu in connection with the rape and attempted murder of a four-year-old after she identified him.

Sidra Humayun, a representative of Sahil, an NGO that works on child abuse, criticised the absence of concrete measures over the years to stop child abuse.

“There is no registry of victims of child abuse, because of which even Parliament House demands data on victims from us. Child pornography is made within Pakistan and [is shared widely] but no one takes action under the cybercrimes act. Pornographic magazines are even available in Pakistan but no one takes notice,” she said.

“Pakistanis are deported from various countries after facing charges of being sex offenders, but here the immigration officers are not sensitised to inquire about it. And even though the police register FIRs for such incidents, they lack concrete data on how many suspects were imprisoned in such cases,” Ms Humayun said.

The report said a total of 2,322 child abuse cases were reported in newspapers from all four provinces, Islamabad, Azad Kashmir and Gilgit-Baltistan.

During a meeting of the Senate Special Committee on the issue of increasing incidents of child abuse in January, Deputy Inspector General of Police (DIG) Islamabad Faisal Ali said that 260 unregistered and 300 registered missing children cases had come to the knowledge of the police in the last five years.

When asked, he said there was no mechanism to exchange data between the police and the Federal Investigation Agency.

“There are some entities, such as the National Commission on Child Welfare and Development and the National Child Protection Centre, but they have not worked on creating a registry as they lack the legal mandate and are also run by bureaucrats, who do not bother. Even the Punjab Child Protection Bureau has only been working with street children,” he said.

Child abuse-related registries should be established at the federal and provincial levels, Mr Shafique, the former Islamabad commissioner of the National Commission for Human Rights, said.

“Our major focus should be on crime prevention. Unfortunately, we have a reactive approach rather than a proactive approach. We need to understand that in our society, children are more vulnerable because we have not done the mapping of sex offenders that is done in developed countries. Those people are medically sick, and they should not only be mapped but they should be made bound to get treatment,” Mr Shafique said.

A senior police official said that the police have made a standard operating procedure for the investigation of child sexual abuse cases following directions from Islamabad High Court Chief Justice Athar Minallah.

He said DIG (Operations) Waqaruddin Syed will supervise the investigation of all such incidents and strict action will be taken in case of police negligence.

During the last meeting of the Senate Standing Committee on Human Rights, the police informed senators that Interpol does not share sex offender data with Pakistan because they have not signed an agreement in this regard, Senator Khokhar said.

“We have directed the interior and human rights ministries to come to the next meeting and brief us on this. Moreover, the mapping of sex offenders will be ensured. Although we have laws, they are not implemented.

Senator Khokhar also said that although child pornography is shared on the dark web, Pakistan cannot obtain data on individuals accessing the dark web because Pakistan has not signed the relevant international agreements.

“We have five to seven years imprisonment for such cases, but no one gets information on who accesses the dark web. The committee will play its role to plug these loopholes,” he said.