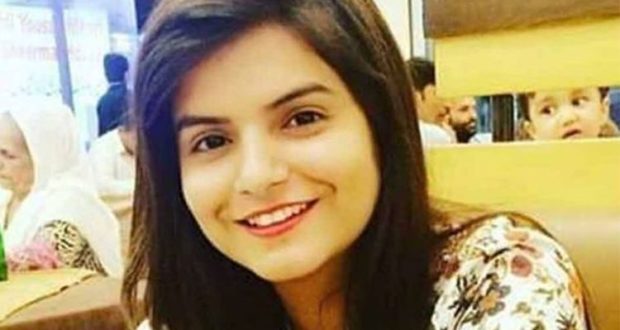 SUKKUR: The final postmortem report of Nimrita Kumari, issued by Chandka Medical College Hospital on Wednesday, revealed she was raped before being murdered.

Nimrita’s death was determined to be caused by suffocation as asphyxial signs caused by a ligature on the neck were seen during the autopsy, according to Dr Amrita, the CMCH’s woman medico-legal officer. According to the autopsy report, “The ligature marks also tally with the information. Such signs are produced either in strangulation or hanging and are to be ascertained through circumstantial evidence as corroborative at the crime scene by state investigation authorities.”

A DNA test confirmed the presence of male DNA profile on the deceased’s clothes whereas a swab tested positive for a forced act. Nimrita Kumari Chandani, a final year student at Bibi Aseefa Dental College (BADC), was found dead in mysterious circumstances in her hostel room on September 16, 2019. The autopsy report has proved the claim of Dr Vishal, the deceased’s brother, who insisted that his sister had been killed as she was neither depressed nor of the sort who would end her own life.

Whereas, Larkana Shaheed Mohtarma Benazir Bhutto Medical University’s Vice Chancellor Dr Aneela Attaur Rahman, prior to police investigations, had claimed that the 25-year-old medical student had committed suicide. The Sindh government following massive province-wide protests had ordered a judicial inquiry into the matter. The murder probe, which is being supervised by the Larkana district and sessions judge on the directives of the Sindh High Court, is still under way.

Meanwhile, police surgeon Dr Qarar Ahmed Abbasi said that a high-level forensic experts board from all over Sindh may be constituted to rectify some of the flaws in the post-mortem and crime scene investigation.

On Sept 17, Larkana police detained two students from the dental college attended by Nimrita. According to police sources, thetwo students are batchmates of the girl. A day later, the Sindh government requested the sessions court of Larkana to hold a judicial probe into the death. Section Officer Aijaz Ali Bhatti wrote a letter to the district and sessions judge, requesting that a judicial inquiry be held into the matter.

The letter also directed Larkana’s deputy commissioner and SSP to “extend all possible cooperation in [conducting] of judicial inquiry”.

On Sept 22, the judge appeared reluctant to hold the judicial inquiry into the mysterious death. It was learnt that one objection on the part of the judge was that the home department had directly made the request to him [the sessions judge] whereas the SHC registrar should have issued such a directive to him. Following this, after the Sindh High Court (SHC) granted permission, the District and Sessions Judge, Larkana, Iqbal Ahmed Maitlo, started a judicial probe into Nimrita’s death. He recorded around 42 statements including the vice chancellor of the Shaheed Mohtarma Benazir Bhutto Medical University, Larkana. The judge also recorded the statement of the alleged arrested classmates. The final post-mortem report of Dr Nimrita has created further confusion for the Larkana police. SSP Larkana Masood Ahmed Bangash said that medical autopsy report had been submitted at the judicial commission and he said that police will pursue the directives of the Judicial Commission.