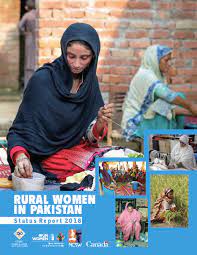 LAHORE: New Chairperson National Commission on Status of Women (NCSW) Nilofar Bakhtiar has called for expediting cases against women in courts, adding most women in jails don’t have family members to actively pursue their trials.

The new chairperson, who took charge one and half months back, in a meeting with the media here on Thursday said NCSW’s focus is on three things; women’s political empowerment, economic empowerment and on violence against women. Bakhtiar has requested the Punjab Assembly Speaker to appoint three more women as parliamentary secretaries. “The commission is apolitical,” she said. She will focus on women in rural areas, she said. NCSW held several consultations with professionals from various segments of society to come up with a strategic plan which will be launched next month. The plan is to bring different bodies working for women on one platform which are Women Taskforce, Ministry of Women Development, Women Ombudsperson and Women Caucus is yet to be formed. NCSW held consultations with civil society representatives, government officials and all the organisations working for women such as APWA, Anti-Harassment Cell and Crisis Centre, she said. Bakhtiar held a meeting with women in Kot Lakhpat Jail.

The consultations are being held in collaboration with the European Union-funded Huqooq-e-Pakistan Project (HeP), Bakhtiar said and added that she sought a meeting with the leader of the Opposition in Punjab but her request was declined. She said Pakistan will represent women at UN. NCSW will soon come up with National Gender Data Portal on which it is working in collaboration with the UN, she said. She said, “The commission is committed to representing diverse voices of women across every district in Pakistan as we work towards realising gender equality in the public and private spheres.” NCSW members Shaista Bokhari and Roohi Syed also spoke. NCSW will hold similar consultations in Peshawar, Karachi and Islamabad.

2021-09-24
admin
Previous: Man held for attacking ‘negligent’ nurse
Next: Women’s inheritance can only be claimed in their lifetime, rules SC