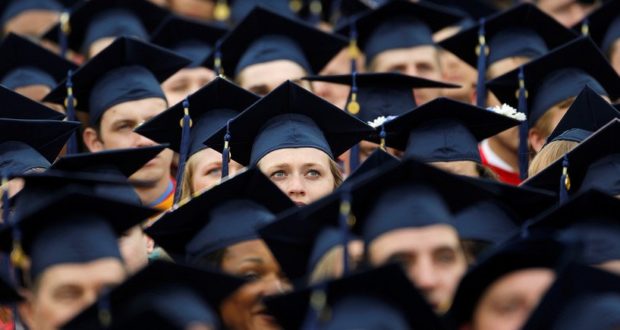 PESHAWAR:The higher education institutions in Khyber-Pakhtunkhwa have a brand new battle on their hands. Already mired in controversy, it turns out that cases of harassment are now adding to their long list of troubles.

“So far, we have received 70 complaints. Out of that 50 are from academic institutions,” claimed Khyber-Pakhtu¬nkhwa (K-P) Ombudsperson Rukhshanda Naz.

Female students, Naz said, had no idea how and where to file complaints. “We need to launch awareness campaigns to inform female students about the process of filing complaints,” the ombudsperson said. Harassment cases, according to experts, are severely underreported in male-dominated societies like K-P. “Victims are discouraged from reporting incidents of harassment,” said one expert speaking on the condition of anonymity. To address the issue, that appears to be haunting universities in the province, the ombudsperson urged universities and departments to form committees to investigate such cases.

Already irked over the financial crisis that confronts universities across the province, Governor Shah Farman fired a stern warning to academic institutions over the rising harassment cases.

Facing a series of overlapping crises, Gomal University in Dera Ismail Khan was the first academic institution that came under fire for several harassment cases. In response, the governor sacked four employees of the university.

“I have warned universities to improve their affairs, or face serious consequences,” cautioned Governor Farman, who also serves as the chancellor. “Universities should have a zero-tolerance policy when dealing with harassment cases,” the governor added.

Mired in a severe financial crisis, universities across the provinces are struggling to make ends meet. So far, Gomel University, Malakand University, Bacha Khan University, and University of Engineering and Technology, have requested the government for a financial bailout.

The University of Peshawar, one of the oldest academic institutions in the country, faces a financial shortfall of Rs. 300million. Commenting on the financial crunch, Vice-Chancellor Professor Muhammad Asif Khan said the federal government announced Rs.20billion for universities in K-P. However, he said, the university has not received its share. With 2,800 employees, an ever growing force of retired staff, and a 50% cut in the education sector budget, the university is finding it increasingly difficult to make ends meet.

Similarly, the University of Agriculture appears to be in a financial fix. “We don’t have the funds to pay our pensioners. The university needs Rs400 million,” said Director Finance Professor Dr Zulfiqar.

Cyber crime helpline: Over 100 women complain against online harassment in a month