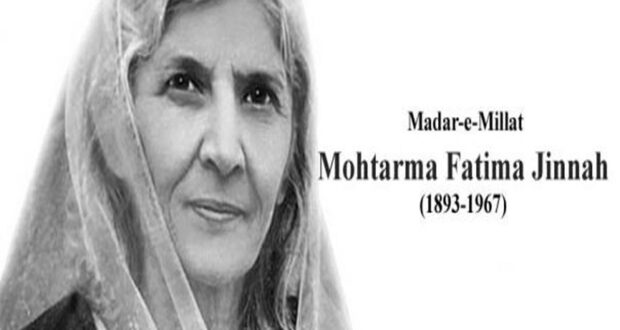 The main purpose of the webpage is to familiarize the young university students about the extraordinary life of Mohtarma Fatima Jinnah who is the shining beacon of hope and women development for our generation.

This webpage is the brainchild of Vice Chancellor, FJWU, Dr. Saima Hamid who very passionately expressed that ‘We have reduced her to the sister of Quaid e Azam Muhammad Ali Jinnah and his moral support, but Mohtarma Fatima Jinnah has her own legacy. She was a woman of her own mind, holding strong ideals and principals, full of grace, wit and dignity. Her role in shaping the history of Pakistan cannot be understated.”

Mohtarma Fatima Jinnah was an extraordinary personality and in times, when for a woman, being prominent in public spheres was rare, Fatima Jinnah pursued higher studies and opted for a career. Running her own dental clinic in Bombay, she was independent and self-sufficient and she presented a true face for women empowerment in her time.

She was not merely a source of support for the Quaid during the days of the Pakistan Movement but a political force in her own right. She attended rally after rally, instrumental in drawing the support of Muslim women both before and after independence was achieved.

As the founder of the Women’s Relief Committee in 1947, Fatima Jinnah worked tirelessly for the settlement of refugees in the newly created state. She is included amongst those who formed the All Pakistan Women’s Association. Without a doubt Fatima Jinnah was at the frontlines in the struggle for the creation of Pakistan.

‘Women can play a crucial role in countering violent extremism’