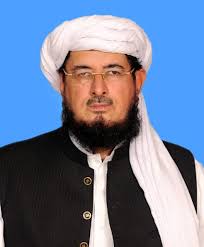 Civil Society has demand resignation of MNA Maulana Salahuddin Ayubi for getting married to a 14-year-old girl in Khyber-Pakhtunkhwa.

Members of the Pakhtunkhwa Civil Society Network (PCSN) expressed disappointment over the illegal marriage of MNA Maulana Salahuddin Ayubi with a 14-year-old girl in Chitral, Khyber Pakhtunkhwa. According to the news, the girl was a student of Government Girls High School, Jughoor, where her date of birth had been recorded as Oct 28, 2006, which showed that she had not attained the age of marriage.

With the legal age of marriage for girls being 16 except in Sindh where it is 18, Pakistan has the sixth-highest number of absolute child brides in the world (1.9 million). Child marriage prevalence rates in Pakistan remain alarmingly high, more than 21 per cent of girls in Pakistan are married before 18 and three per cent before they are 15. Across provinces, prevalence is reported to be highest in Sindh (33%), followed by Khyber Pakhtunkhwa (29%), Balochistan (22%), and Punjab (20%).

It is estimated that by ending Child and Early Age Marriage (CEAM) the country could potentially save $77 million by 2030 or lead to a $6229 million raise in earnings and productivity. It would also lead to the reduction of multi-dimensional poverty level – the number one priority for the government.

Salahuddin Ayubi was elected to National Assembly from constituency NA-263 (Kila Abdullah) as a leader of Jamiat Ulema-e-Islam (JUI-F).

Taimur Kamal, Coordinator Pakhtunkhwa Civil Society Network (PCSN) said: “MNA Salahuddin Ayubi should immediately resign as he has violated the Child Marriage Restraint Act 1929 according to which no girl below the age of 16 can be legally married in Khyber-Pakhtunkhwa or elsewhere in Pakistan”

“Girls are being bought like heads of cattle in the name of marriage and smuggled out of Chitral without inviting any attention,” said Coordinator of the Child Rights Movement (CRM) Sana Ahmad.

“This is a modern shape of human trafficking. Girls are bought and transported out of Chitral by organized gangs. Oftentime wealthy people come to Chitral looking for a second wife. No one cares about these poor girls afterwards,” she added.

Imran Takkar, a child rights activist, said: “We need very clear strategies to end child marriages long-term strategies, short-term, and medium-term strategies. We need to talk about the problem rooted in our culture. We cannot solve it in one, two, or five years. We need policies. We need legislation.”