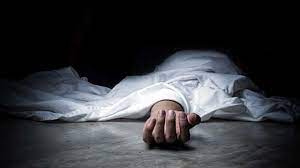 Posted by: Fatimah Hassan in Gender Based Violence 11 days ago Comments Off on Missing girl’s body found 8 Views

KASUR: Changa Manga police on Thursday recovered the body of a 14-year-old girl who went missing from village Bhagoki three days back.

Unidentified suspects strangled the victim, identified as Fiza, and threw the body in the village graveyard.

According to police, Fiza went out of her house on Monday to buy something from a nearby shop but did not return home. The family searched for her but in vain. Later, the family reported the matter to police who could not find any clue to the girl. Later, her body was found in the graveyard.

Police shifted the body to the Tehsil Headquarters Hospital Chunian for an autopsy and to ascertain the cause of death. They said the medical report would reveal whether the girl was physically abused or not.

In another case, the body of an unidentified woman was found near a farmhouse in the limits of Changa Manga Police Station

The victim was later identified as that of Sughran Bibi, a resident of village Mulapur.

Police shifted the body to the THQ Hospital for autopsy.

RAPE: A man allegedly raped a 15-year-old girl at village Nava Qilla in the limits of Khudian Police Station.

Police lodged a case against the suspect and started investigations.