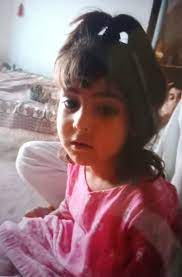 Posted by: admin in Miscellaneous News October 26, 2022 Comments Off on Minor girl succumbs to burns at Lahore’s Mayo Hospital 43 Views

LAHORE: A minor girl, who was being treated for 35 per ent burns at the Mayo Hospital, Lahore, succumbed to her critical wounds due to alleged delay in her treatment here on Tuesday morning.

The relatives of the girl alleged that the duty doctors misbehaved with them when the matter of denying her admission to the three government hospitals of Lahore went viral on social media.

Particularly, the medics ‘got offended’ when Chief Minister Parvez Elahi took notice of the incident and admonished the heads of the institutes for not admitting two-year-old Aliza.

She had suffered burns after boiled water fell on her while playing at her home in Okara and she was referred to Lahore by the DHQ hospital.

The girl’s father Waheed told Dawn on phone that as she was admitted to the Mayo Hospital following the CM’s directions, the duty doctors [allegedly] kept on misbehaving with the attendants.

On many occasions, he alleged, the doctors deliberately delayed the treatment of Aliza.

He said he also requested the officers to refer her daughter to the Kharian Hospital having a state-of-the-art burns unit for children.

Waheed said the institute’s admin officers took the plea that the matter of referring the patient was the domain of the treating doctors. Later, he said, he tried to approach the head of the burn unit to seek his suggestion to refer her to Kharian Hospital and learnt that he was abroad.

The duty doctors were of the view that they could not take the risk of referring the girl to any other hospital in the absence of the instructions of the department’s head.

He said he also approached the King Edward Medical University VC to seek his help who sent him again to the MS and this situation led to delay in the treatment of Aliza.

“A day before her death, a doctor had recommended injectable medicine for my daughter,” Waheed said, adding that he rushed to the pharmacy of the institute and found it unavailable.

Waheed said the DMS suggested him to wait for some hours for the official stock.

“Meanwhile, I appealed to the doctor to recommend me the same drug on the slip to purchase it from the market but he turned down my request and asked me to again visit the respective admin staff,” Waheed said and added as he went to the staffers they replied that the hospital has no policy to allow patients to get the medicine privately.

“My daughter didn’t get the prescribed injectable medicine for the last 24 hours,” the teary-eyed Waheed said when he lodged a protest on Tuesday morning, the staff managed to provide him the medicine.

Waheed said when he rushed to the ward and handed the medicine over to the staffers, one of them said: “Your daughter has expired.”

When contacted, PRO to Chief Minister Parvez Elahi said the CM had already taken notice of the delay and the ‘best available treatment’ was provided to the girl by the hospital.