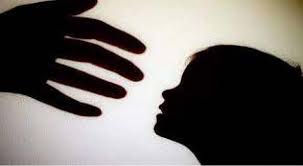 Posted by: Fatimah Hassan in Gender Based Violence 8 days ago Comments Off on Minor girl recovered safely within a week 8 Views

Tandlianwala police recovered a minor girl safely within a week of her abduction. A spokesman said here on Sunday that three-year-old Amina was kidnapped while playing outside her house in Chak No 414-GB on Jan 14, 2023.

Her parents tried their best to search for her but in vain. They reported the incident to the area police. The police started investigation on scientific lines. Footage for the accused riding on a motorcycle was obtained from nearby CCTV cameras and circulated on the social media. ‘Wanted’ leaflets were displayed at important public places in the area for their identification.

When the police tightened investigation circle around the accused, they dropped the kidnapped girl near her house and escaped from the scene. The police handed over the girl to her parents while the raids were still continuing for arrest of the culprits, he added.