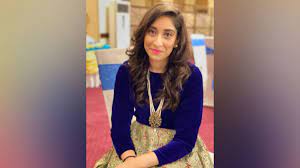 Posted by: admin in Gender Based Violence September 12, 2022 Comments Off on Minister promises justice to tortured victim girl 25 Views

Provincial Home Minister Lt. Col. (retd) Muhammad Hashim Dogar said on Sunday justice would be provided to torture-victim Khadija and her family at every cost. He was visiting the residence of Khadija, who was alleged tortured by an influential industrialist and his accomplices over her refusal to marry him.

The minister said that the police would complete investigation process purely on merit without any recommendation so that the accused could be taken to task. Later, talking to the media, the home minister said that Punjab police were improving its performance gradually. In Faisalabad the police jawans not only arrested robbery accused within 8 hours after incident but also recovered robbed money and cash van from their possession.

2022-09-12
admin
Previous: ‘Women Labor Participation Can Increase Economic Output by an Average of 35pc’
Next: Man arrested for rape of minor girl