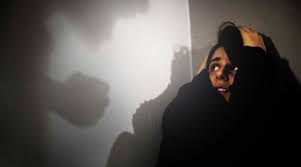 ISLAMABAD: As many as 6,754 women were kidnapped and 1,890 raped, while 3,721 cases of violence against women were registered in Punjab during the first six months of this year, but media reported much less cases in this regard, the Sustainable Social Development Organisation (SSDO) report stated.

SSDO report on Tracking Numbers: State of violence against women and children in Punjab and Islamabad during the first half of 2021 is the first of its kind which gave district wise analysis of the situation identifying the hotspots.

Out of 163 cases registered in Islamabad about kidnapping of women only 26 cases were reported in media.

The report deliberates on the plight of women and children while highlighting the everyday risks of safety, security and rights violations being faced by them these days.

It has been highlighted that out of 3,721 case of violence against women registered in Punjab only 938 cases were reported in mainstream media.

Similarly, 6,754 cases of kidnapping of women were registered in Punjab but the mainstream media reported only 635 cases.

The report has pointed that Lahore was the hotspot district in Punjab and has highest number of cases of rape, violence against women, kidnapping, domestic violence and child abuse followed by Faisalabad and Gujranwala.

The report is based on information provided by mainstream English and Urdu print media and through access to official registered cases by using Right to Information (RTI) laws.

For collection of information under this research report, a set of eight indicators were developed; which were relatively easy to update periodically.

SSDO Director Shahid Jatoi said that while violence against women and children was rampant in Punjab but the lack of proper space in media over the subject was a more alarming trend.

“The less reporting in media compared to the official data suggests lack of attention over such issues by media over the alarming situation about state of human rights violations of women and children in Punjab and ICT,” Mr Jatoi added.

The report also stresses the need for all stakeholders including government, politicians, law enforcement agencies, relevant departments, judiciary, media and civil society to come forward, develop joint action to spread awareness, implement laws to curb violence against women and children in the country.