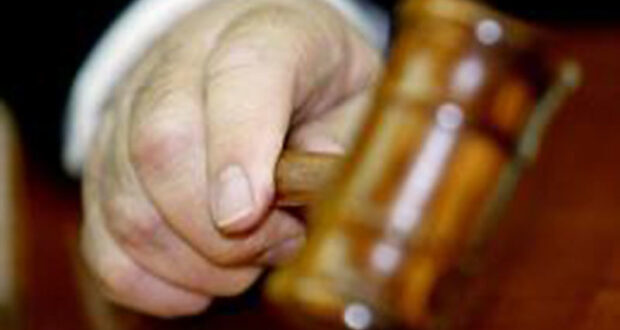 RAWALPINDI: Additional Sessions Judge Jhangeer Ali Gondal on Monday convicted a man and his wife in a kidnapping and rape case.

The judge awarded death sentence to the man and imposed a fine of Rs500, 000, besides sentencing his wife to life imprisonment.

They were proven guilty of kidnapping a female MSc student in August last year.

The main accused, Qasim Jhangeer, 33, shall also have to pay Rs1, 000,000 as compensation to the victim who was abducted. In case of default, the convict shall undergo six months’ imprisonment.

The accused was further convicted and awarded rigorous imprisonment for three years and fine of Rs1, 000,000 under prevention of Electronic Crimes Act, 2016.

The judge also convicted Qasim’s wife Ms Kiran Mehmood, 24, and awarded her life sentence and fine of Rs1, 000,000 on charges of kidnapping the girl student. She was further awarded three years rigorous imprisonment along with fine of Rs1, 000,000 under Prevention Of Electronic Act 2016.

The couple kidnapped an Allama Iqbal Open University’s student from outside the Gordon College where she went to attend a workshop. As she came out of the gate of the college, a masked woman met her and posed herself as a student and started walking towards the Tipu Road along with her.

Soon her husband came in a car and both forced the student into the car.

They took her to their house in Gulistan Colony where the man raped her while his wife made a video of this brutal act.

A senior police official had told Dawn that the accused, an IT expert, had confessed to having sexually assaulted 45 minor girls and made their photographs and videos. When police contacted other victims of the accused, none of them was willing to come on record due to social stigma.

The police had also sought the Federal Investigation Agency’s help after the accused confessed to having sexually assaulted 45 underage girls.