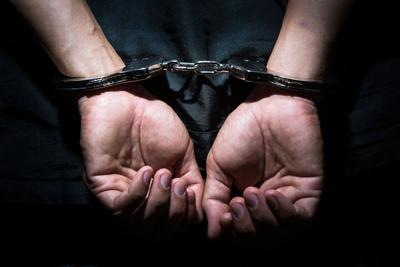 RAWALPINDI: The man who stripped her 14-year-old wife naked and forced her out of the home without any clothes on has been arrested, said the Saddar police on Tuesday.

The suspect, identified as Badsha Khan, was arrested in Malik Colony on Girja Road and he is being interrogated, said Saddar Police SHO Inspector Malikullah Yar while talking to The Express Tribune. The man is around 28 years old, the police official added.

He said the victim, who has wounds on her body, has undergone a medical test and they were awaiting the report from the Punjab Forensic Science Agency (PFSA). A day ago, the victim’s father, Yousuf Khan, had complained that he had been taking her daughter for a medical examination as per the case requirements but they had not been provided with the service.

In his FIR registered against his son-in-law who is his nephew (sister’s son) as well, Khan had said that his daughter had been stripped naked and forced out of the home without any clothes on by her husband.

“Their neighbours provided my daughter with clothes which she put on and then came to my home,” he stated.

Quoting her daughter, the man said his son-in-law had tied the victim to a bedstead before pushing her out of home. “After stripping her naked, he tied up my daughter to a charpoy and threatened her that he would make people watch her in this condition.”

The father also accused the man of abusing and torturing her daughter, whose nikah (marriage) had taken place two years ago but she had moved in her husband’s home 40 days ago after their wedding ceremony.

“Since the first day of his wedding, the man had been torturing my daughter and recently he sexually abused her as well,” the father said in the FIR.

When contacted by The Express Tribune, the victim’s father said the suspect was a carpenter. The man said the suspect’s brother and their other family members were hurling serious threats at them.