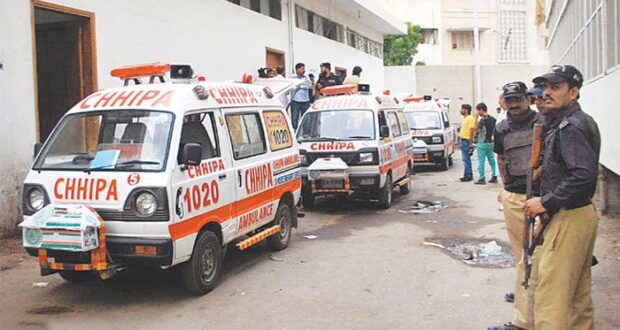 KARACHI: A man shot dead his wife and her mother over a domestic dispute in Landhi’s Sherpao Colony on Saturday, police said.

They added that the suspect, Ishaq Khan, killed his wife, Ramsha, 22, and her mother, Kausar Riaz, 50, and fled.

Quaidabad SHO Ghous Bux said that the suspect had warned his wife against going out without his permission and talking to anyone over the phone, after which she had left his home and came to her parents’ home.

On Saturday, Khan went to his in-laws to pacify her but she refused to go back. The husband got enraged and fired at her. As her mother came to her rescue, he also opened fire on her and fled.

Both mother and daughter suffered critical bullet injuries and were shifted to the Jinnah Postgraduate Medical Centre (JPMC), where doctors pronounced them dead on arrival.

Other Media Report: The News