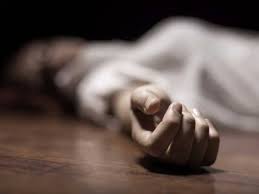 SHANGLA: A man shot dead his sister-in-law and a nephew in Lilonai area of Alpuri tehsil here on Sunday.

A police official said father of the slain woman got registered an FIR with the Alpuri police station, stating that he was present in his daughter’s house in Sheshan area when the step-brother of his daughter’s husband entered the house in the morning and opened indiscriminate fire. He said his daughter and her two children were left critically injured in the firing.

The complainant said his daughter died while being taken to hospital.

The police said one of the injured children, Naveedullah, 8, succumbed to injuries in the Saidu Teaching Hospital, Swat.

The police said the slain woman was seven-month pregnant. They said the reason of double murder was not immediately ascertained.

However, they said initial investigation showed the suspected killer had assaulted the woman in the past. The police said the slain woman’s husband was a daily wager in Punjab.

The police said they had arrested the suspect and registered a case against him under sections 302 and 324 of Pakistan Penal Code.