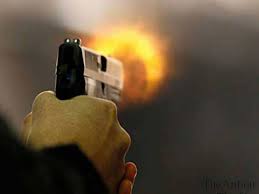 Posted by: admin in Honour Killings 17 days ago 0 8 Views

Attock – A man    killed his granddaughter and her paramour in the name of honour in the jurisdiction of Fatehjang police station.  Police reached the crime scene and started investigation.  As per details Sultan Ali of village Dhok Sabo killed his granddaughter Areeba and her paramour Waqar Ahmad reportedly using an axe and some fire arm. The dead bodies were shifted to THQ Hospital Fatehjang.