KARACHI: A man shot dead his estranged wife, who was carrying their infant son, in a busy area of Saddar on Wednesday. The child fell on the road as a result and died from head injuries, according to police and hospital officials.

A traffic police official present got hold of the suspect and handed him over to the police.

Saddar police said Ms Rahmeen, 30, was gunned down by her husband, Imran Ali, near Masjid-i-Qasaban while she was travelling in a rickshaw. According to police, the couple had developed differences and for the last nine months Ms Rahmeen had been living with her parents in Bakra Piri in Malir. Their divorce case was pending in court.

Ms Rahmeen was returning from the city courts in a rickshaw when she was attacked by her husband, who is also a rickshaw driver and was riding his own vehicle.

She sustained bullet wounds in the head and was pronounced dead on arrival at the Jinnah Postgraduate Medical Centre, said Dr Seemin Jamali. One-year old Mohammed Asim sustained head injuries and was taken to the National Institute of Child Health, where he died during treatment, added Dr Jamali. 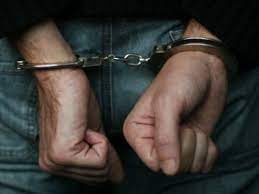 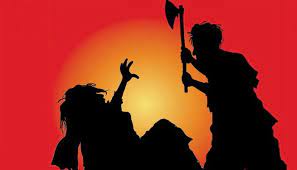