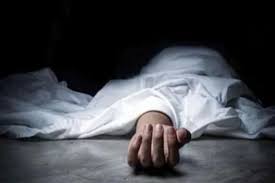 Posted by: Fatimah Hassan in Domestic Violence, Social Media 8 days ago Comments Off on Man kills daughter in Charsadda over dance video on social media 10 Views

CHARSADDA: A man shot dead his 18-year-old daughter in Vano Ghari village of Sardaryab here on Sunday after a dancing video of her went viral on social media.

Mother of the deceased girl told the city police that she along with her daughter and a son-in-law was present at her house when her husband, Bakhtiar Gul, arrived there, took a pistol and shot dead his daughter.

She said her husband took the extreme step after someone taunted him about the social media video.

She said the deceased girl was a domestic help at the residence of a rich family in Islamabad, where a boy from Swat also worked.

The woman said the boy made a marriage offer to her, but she refused because she was already engaged.

However, the boy started blackmailing her, and when he failed in his efforts, he uploaded her dancing video on social media with fake ID in revenge, she complained.

She said on the day of the incident, they had decided to lodge an FIR in Islamabad against the boy.