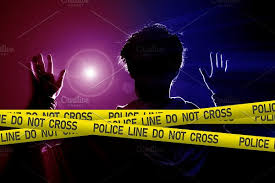 Rawalpindi-A man stabbed a 14-month-old baby to death while injuring his mother in a brutal attack in at Mahota Mohra village of Chontra, informed sources on Saturday.

Sources also disclosed that the man identified as Wajid had raped the woman before attacking her and killing her toddler.  However, a police officer, who is investigating the murder and assault case, said it was yet to be ascertained through medico legal report if she was raped before attack by the man.

According to sources, the woman namely Naseem Bibi had a fight with her husband and moved to the house of her sister along with her 14-month-old son Yousaf in Rawat.

They said the woman got in contact with a man Wajid living in Mahota Mohra who invited her to visit him and he would take her to a spiritual personality in the village for solution of her troubles and warding off the evil. The woman along with her son reached the village where Wajid took them to a seasonal nullah, sources said adding that the man allegedly raped the woman and killed her son with a blunt knife. The man also stabbed and injured the woman, they said.

After committing the crime, the accused Wajid managed to escape from the scene, sources said. A heavy contingent of police rushed to the crime scene and moved the body of baby and the injured woman to DHQ Hospital for autopsy and medical treatment.

“The man stabbed and injured both mother and toddler son. Later, the baby succumbed to the injuries while the woman was hospitalized for medical treatment,” he said. He said police are investigating the matter through all angles and would arrest the killer soon. ASP Saddar Circle Saud Khan, when contacted and asked whether the woman was raped before the knife attack, said police are investigating the case and waiting for the medico legal report of the woman. He said there were signs of tortures found on the body of the woman other than knife cuts.

Meanwhile, a married woman committed suicide over domestic dispute at Rah-e-Sakoon on Adiala Road, in limits of PS Saddar Bairooni, sources said.  Rescue 1122 and police moved the body of the woman to DHQ Hospital for autopsy where she was identified as Adeela Bibi, they said. SHO PS Saddar Bairooni Inspector Malik Allah Yar, when contacted, said Adeela had a fight with her husband Husnain a few days ago. He said the woman, who was mother of five young kids, had shot herself in the neck with a pistol and died on the spot. He said police moved the body to hospital for autopsy