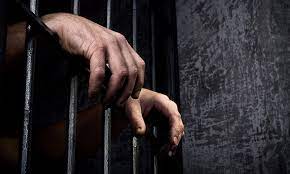 Man jailed for 3 years in child pornography case in Quetta

Posted by: admin in Gender Based Violence 4 days ago 0 7 Views

QUETTA: A man was jailed for three years in a case of child pornography on Monday.

The Judicial Magistrate-7, Quetta, Ehtiram-Ul-Haq Baloch, announced the judgement after completing the hearing of the case filed by the Federal Investigation Agency (FIA) against accused Allauddin. The court also imposed a fine of Rs45, 000 on the convict.

The FIA Cyber Crime Circle had arrested taxi driver Allauddin on a complaint lodged against him by a father about making pornographic image of his minor daughter.

The convict hailed from the Muslim Bagh area of Qila Saifullah.

During investigation, it was revealed that the taxi driver posted the pornographic images of the girl on social media and started blackmailing her family.

Additional director of Cyber-Crime Circle of FIA, Quetta, Arsalan Manzoor and Israrullah Taj conducted the probe into the case and pleaded it in the court.

It is the first child pornography case in which the accused has been convicted.