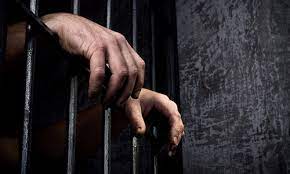 Posted by: admin in Domestic Violence July 3, 2022 Comments Off on Man held for torturing wife 27 Views

The Karachi police’s women and children protection cell on Saturday claimed to have arrested a man for torturing his wife.

According to the police, the woman, namely Saira Mansoor, had filed a complaint against her husband at the SSP Korangi’s office on June 29, stating that her husband beat her on a daily basis and he had locked her up in their house.

She said her husband had disappeared for over two months to avoid police action after she registered a complaint at the police emergency helpline 15.

She then registered a case against her husband at the Korangi Industrial Area police station, after which her husband threatened her with dire consequences. Later, she approached the women and children protection cell, and the police arrested the suspect, Bilal Ahmed.