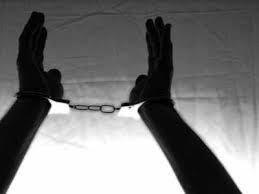 Posted by: admin in Gender Based Violence August 29, 2022 Comments Off on Man booked for raping 12-year-old girl held in raid 21 Views

KARACHI: Police on Sunday claimed to have arrested a man for allegedly raping a 12-year-old girl in Korangi.

The police said that they received a complaint from the victim’s family that their teenage daughter, said to be emotionally disturbed, was raped three days ago by an armed man, whom they identified.

On Sunday, police carried out a raid to arrest the suspect, but he resorted to firing in a bid to flee. However, police managed to arrest him and recovered an unlicensed 9mm pistol from his custody.

They said that a case was registered against him and further investigations were under way.

Meanwhile, a 10-year-old boy died in Baldia Town on Sunday.

Police said Abdul Rehman died when a brick fell on his head in Gulshan-i-Ghazi near Rohani Masjid.

Also, a young man was shot and wounded on the outskirts of the metropolis.

Maymar SHO Bashir Wadho said Rehmatullah, 25, was taken to the Abbasi Shaheed Hospital.He said he was hiding information as there were no blood marks or bullet casing was found from the reported place of the incident. He was also not willing to lodge FIR. The SHO said the police were treating him as ‘suspect’.